Share with us your publications using BT LAB product and get free products. 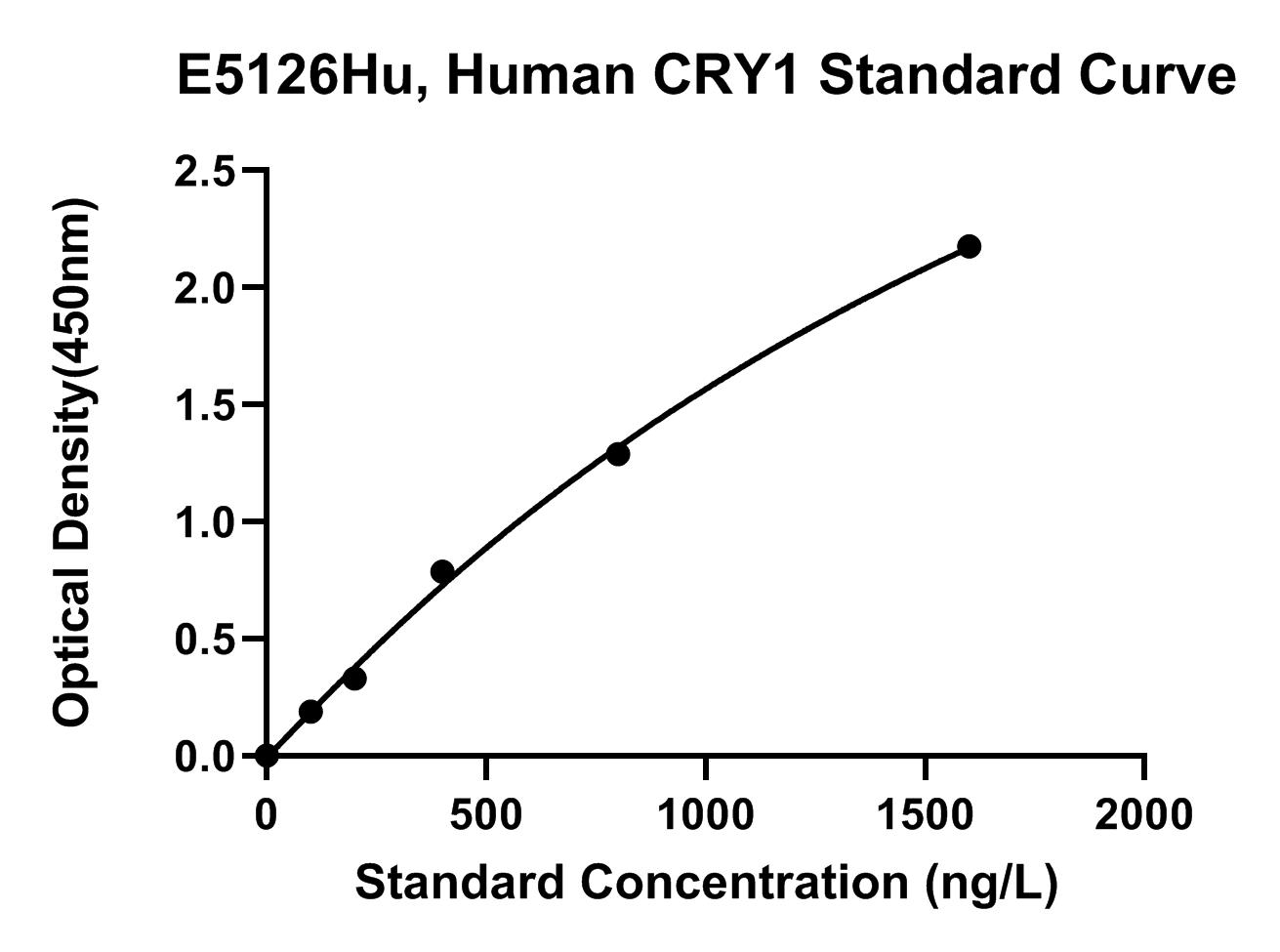 Transcriptional repressor which forms a core component of the circadian clock. The circadian clock, an internal time-keeping system, regulates various physiological processes through the generation of approximately 24 hour circadian rhythms in gene expression, which are translated into rhythms in metabolism and behavior. It is derived from the Latin roots 'circa' (about) and 'diem' (day) and acts as an important regulator of a wide array of physiological functions including metabolism, sleep, body temperature, blood pressure, endocrine, immune, cardiovascular, and renal function. Consists of two major components: the central clock, residing in the suprachiasmatic nucleus (SCN) of the brain, and the peripheral clocks that are present in nearly every tissue and organ system. Both the central and peripheral clocks can be reset by environmental cues, also known as Zeitgebers (German for 'timegivers'). The predominant Zeitgeber for the central clock is light, which is sensed by retina and signals directly to the SCN. The central clock entrains the peripheral clocks through neuronal and hormonal signals, body temperature and feeding-related cues, aligning all clocks with the external light/dark cycle. Circadian rhythms allow an organism to achieve temporal homeostasis with its environment at the molecular level by regulating gene expression to create a peak of protein expression once every 24 hours to control when a particular physiological process is most active with respect to the solar day. Transcription and translation of core clock components (CLOCK, NPAS2, ARNTL/BMAL1, ARNTL2/BMAL2, PER1, PER2, PER3, CRY1 and CRY2) plays a critical role in rhythm generation, whereas delays imposed by post-translational modifications (PTMs) are important for determining the period (tau) of the rhythms (tau refers to the period of a rhythm and is the length, in time, of one complete cycle). A diurnal rhythm is synchronized with the day/night cycle, while the ultradian and infradian rhythms have a period shorter and longer than 24 hours, respectively. Disruptions in the circadian rhythms contribute to the pathology of cardiovascular diseases, cancer, metabolic syndromes and aging. A transcription/translation feedback loop (TTFL) forms the core of the molecular circadian clock mechanism. Transcription factors, CLOCK or NPAS2 and ARNTL/BMAL1 or ARNTL2/BMAL2, form the positive limb of the feedback loop, act in the form of a heterodimer and activate the transcription of core clock genes and clock-controlled genes (involved in key metabolic processes), harboring E-box elements (5'-CACGTG-3') within their promoters. The core clock genes: PER1/2/3 and CRY1/2 which are transcriptional repressors form the negative limb of the feedback loop and interact with the CLOCK|NPAS2-ARNTL/BMAL1|ARNTL2/BMAL2 heterodimer inhibiting its activity and thereby negatively regulating their own expression. This heterodimer also activates nuclear receptors NR1D1/2 and RORA/B/G, which form a second feedback loop and which activate and repress ARNTL/BMAL1 transcription, respectively. CRY1 and CRY2 have redundant functions but also differential and selective contributions at least in defining the pace of the SCN circadian clock and its circadian transcriptional outputs. More potent transcriptional repressor in cerebellum and liver than CRY2, though more effective in lengthening the period of the SCN oscillator. On its side, CRY2 seems to play a critical role in tuning SCN circadian period by opposing the action of CRY1. With CRY2, is dispensable for circadian rhythm generation but necessary for the development of intercellular networks for rhythm synchrony. Capable of translocating circadian clock core proteins such as PER proteins to the nucleus. Interacts with CLOCK-ARNTL/BMAL1 independently of PER proteins and is found at CLOCK-ARNTL/BMAL1-bound sites, suggesting that CRY may act as a molecular gatekeeper to maintain CLOCK-ARNTL/BMAL1 in a poised and repressed state until the proper time for transcriptional activation. Represses the CLOCK-ARNTL/BMAL1 induced transcription of BHLHE40/DEC1. Represses the CLOCK-ARNTL/BMAL1 induced transcription of ATF4, MTA1, KLF10 and NAMPT (By similarity). May repress circadian target genes expression in collaboration with HDAC1 and HDAC2 through histone deacetylation. Mediates the clock-control activation of ATR and modulates ATR-mediated DNA damage checkpoint. In liver, mediates circadian regulation of cAMP signaling and gluconeogenesis by binding to membrane-coupled G proteins and blocking glucagon-mediated increases in intracellular cAMP concentrations and CREB1 phosphorylation. Inhibits hepatic gluconeogenesis by decreasing nuclear FOXO1 levels that downregulates gluconeogenic gene expression (By similarity). Besides its role in the maintenance of the circadian clock, is also involved in the regulation of other processes. Represses glucocorticoid receptor NR3C1/GR-induced transcriptional activity by binding to glucocorticoid response elements (GREs). Plays a key role in glucose and lipid metabolism modulation, in part, through the transcriptional regulation of genes involved in these pathways, such as LEP or ACSL4 (By similarity). Represses PPARD and its target genes in the skeletal muscle and limits exercise capacity (By similarity). Plays an essential role in the generation of circadian rhythms in the retina (By similarity). Represses the transcriptional activity of NR1I2 (By similarity).

These standard curves of Human Cryptochrome-1, CRY1 ELISA Kit are provided for demonstration only. A standard curve should be generated for each set of samples assayed.

We measured random samples of E5126Hu within the same batch/lot to ensure the consistency of the kits' performances.